Is this information correct?  Print
Add to Shortlist 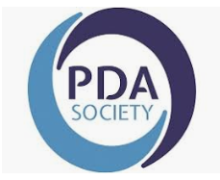 Pathological Demand Avoidance (PDA) is now widely recognised as a distinct profile of autism. Individuals with a PDA profile will share similar difficulties to others on the autism spectrum in the following areas:

In addition, the central difficulty for people with PDA is their “anxiety-driven need to be in control and avoid other people’s demands and expectations.” Understanding PDA in Children. Christie, Duncan, Fidler & Healy (2011). Furthermore, research conducted by Newcastle University in 2016 concluded that this extreme anxiety could be underpinned by an intolerance of uncertainty,

To make an enquiryl, please fill in our enquiry form: https://www.pdasociety.org.uk/contact